“I am a 36 year old male. I work in medical research and as a mental-health professional. Health wise, I am overweight, but otherwise quite healthy. I exercise regularly, and my cardiovascular fitness ha d greatly improved recently due to moderate to high intensity interval training. I have competed in powerlifting and was (and still am) hoping to compete in the drug free powerlifting division.

It was about 1030pm on Monday 7 October. I had just finished 30 minutes on the exercise bike with some interval training. Then the chest pain started, gradually at first but then worsening quickly. Because I had had chest pain about five other times over the past three years, and one previous visit to the hospital in 2016 had diagnosed it as probable acid reflux, I initially assumed that what was occurring was obviously some painful acid reflux. However, this time, the pain continued to get worse. The antacid tablet, paracetamol, and ibuprofen all failed to alleviate the symptoms like they usually did. Then a completely new symptom occurred – I started getting this weakness and numbness in my arms. I made the decision then to go to hospital, just in case even though I still assumed that the problem was unlikely to be serious. I prepared to drive myself to the hospital. The only problem was I couldn’t drive, I did not have the strength in my arms to turn the steering wheel. Luckily my dad was able to drive me. In hindsight, and if this ever occurred again, I would call an ambulance.

The triage nurse at the ED did not seem too concerned, and after a 30 minute wait in the ED waiting area, they called me through for some tests. Initial tests were fine (eg. ECG, blood pressure, chest X-ray). They also took a blood test to measure troponin levels, the main indication of cardiac damage and whether a heart attack had occurred. Thirty minutes later, I was feeling fine. The pain had gone. I was still waiting for the blood test result, but I assumed it would be fine, because it was probably acid reflux, and if it was a heart attack, I would not have recovered in such a short period? So we left hospital and drove home. About 30 minutes later, an ED doctor phoned me and said that the first blood test indicated there had possibly been a heart attack, and that I needed to return ASAP to have another troponin test to confirm.

I did return to the hospital, but I still was not too concerned. I assumed that whatever happened could not be too major, given that I now felt fine. I had a shower at home, packed my bag, and then drove myself back to the hospital. I completed the second blood test in ED, and soon after the results came back. This was when life took a drastic, and unexpected turn – even though much of life seems unexpected. The second troponin tests confirmed for certain that a heart attack had occurred. I was immediately admitted to hospital, given a 100 different medications and needles, and was not allowed to leave the ward for another four nights. Everyone else in the coronary care unit appeared to be at least twice my age.

I was glad that the coronary angiogram procedure revealed that I did not require major heart surgery, or any surgery at all – my heart seemed perfectly healthy, apart from the burst vessel. But the diagnosis, SCAD, seemed uncertain and cardiologists did not seem to know much about it or how to prevent it from recurring.

The ward nurses were fantastic, caring and proficient. The only technical risk factor for a heart attack I had was slightly raised cholesterol, and even this is unlikely to have even been a factor in the SCAD.

My heart attack occurred following moderate intensity exercise, plus there was increased pressure with an upcoming family court trial over child custody/parenting. I deny being extremely stressed, however.

The chest pain that had occurred sporadically in the past three years was likely to be angina, a warning sign to come, not acid reflux. I am doing ok now, though there is uncertainty about how to stop SCAD occurring again in the long term. I also know very little about what impact the heart attack, with the resulting dead and damaged cardiac cells, has had on my day to day functioning.” 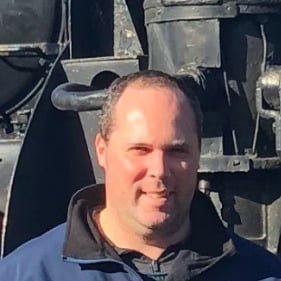