I was in shock last year when my sister Lisa 47 years had a SCAD Heart Attack.. little did I know that 10 months later i would also have the same  ..with no known family history of Heart issues and both my sister and I having good blood pressure , good cholesterol  and generally very healthy etc it was such  shock..  for me I was 53years old and had just returned from an overseas holiday a week and half before , i had  just got home from my first day back at work and thought I would washup my lunch containers before relaxing …i never got to do the washing up  !! as all of a sudden my right arm felt heavy and i felt a crampy tightness feeling in my chest , my friend phoned 000 and the ambulance arrived quickly in just 6 minutes !! As I got into the Ambulance my jaw felt heavy also .. Troponin level showed I had a Heart Attack and angiogram diagnosed SCAD in LAD 75%blocked requiring two stents  … 12 days later I was at home and when I felt a terrible pain in my back like someone had kicked me ..radiating burning sensation went to Emergency and was admitted, Troponin levels raised and angiogram showed another SCAD further up LAD .  Majority of Medical staff at the hospital said they bad not heard of SCAD before . I took 5 weeks off work to rest and recover , I attended Cardio Rehab at the hospital about 5 weeks after last SCAD and I am still currently doing Cardio Rehab through Curtin University with Physiotherapist students.  In the first few months after the SCADs I returned  to Emergency a couple of times with Chest discomfort and was admitted for observation . I still get some Chest discomfort but not as often .. I have got to know my “New normal” .. I am currently on CoPlavix and Metoprolol.   I cancelled two booked holidays for this year which was sad as i felt too nervous to go etc … but am feeling more confident now and hope to do some travel next year .. My sister ( who had a second SCAD afew months ago) and I participated in Perths SCADaddle afew weeks ago and it was so good to meet other SCAD Survivors 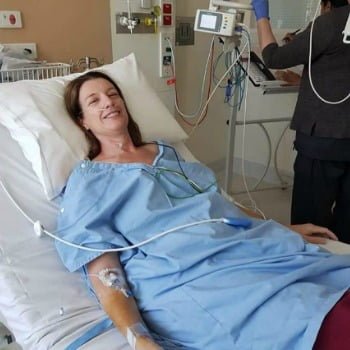